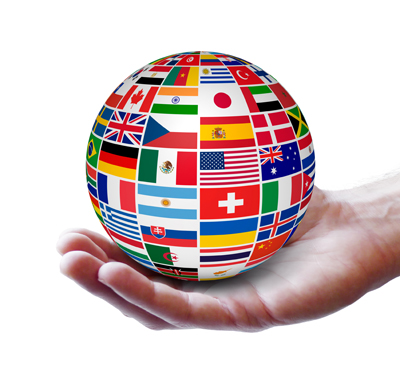 ‘‘Knowledge of language is the doorway to wisdom.’’

It is said that language is the soul of human being. It is also the most natural means of communicating and expressing what we feel so earnestly about. There is no gainsaying the fact that in the changing global scenario, especially in the post-transitional period of liberalization and globalization, the importance of foreign language has increased manifold which goes beyond any one's imagination. In the wake of the fast increase in the inflow of multinational companies, incredible hike in the foreign direct investment and the rapid rate of investment made by Indian companies abroad, the knowledge of foreign languages has started to be reckoned as a golden passport to a host of career opportunities in the country and abroad.

WHY SHOULD WE LEARN A FOREIGN LANGUAGE?

Learning foreign languages not only enriches our life style and enhances cultural ethos but also offers an unbelievable cornucopia of career alternatives and promising job experiences. We also succeed in having different perspectives and visions of life and the world around us. Our cognitive quality and life skills get very naturally improved. Getting a job at an international level also helps us have a lucrative income, global fame and international identity. We learn the art of cultural tolerance, behavioral coherence and religious adjustment with people from different socio-cultural backgrounds.

As per an international report, there would be requirement of more than 1.6 million foreign language experts in various segments of the job market in the coming two decades, especially when the multinational companies are so fast mushrooming across the world. The foreign language professionals are expected to get recruited in various BPO, IT and KPO in India. These professionals may also be recruited in the companies outsourced to India from the European countries.

As per the latest trend of global job market and corporate culture, the demand for professionals specialized in foreign languages such as French, Russian, German, Chinese, Portuguese, Japanese, Korean, Spanish is likely to soar at a rate never expected before.

For getting a degree in a foreign language the aspirants must have passed the plus 2 examination from a recognized board. The duration of the bachelor's degree course is usually of three years. After the degree in foreign language the interested candidates can join the 2-year - Postgraduate course and thereafter Ph.D.

Much like other genres and professional degrees and diplomas, foreign language too provides very high compensation when a candidate is more experienced. However, in the beginning a candidate is offered not less than Rs. 30,000 to 40,000 per month salary. Employments in foreign embassies and business consulates could also fetch the same amount of pay package but in case of jobs in the evergreen fields of interpretation and translation the same professionals may get considerably higher pay package. A skilled interpreter is offered between Rs. 1000 per hour to Rs. 25,000 a day. Translators may charge anywhere between Re 1 per word to Rs.10 per word. All these remunerations depend upon the nature of language and economic background as well as the brand name of the hirers and the organizations.

WHERE TO LEARN FOREGIN LANGUAGES

Many of the educational institutes have foreign languages in their syllabi at secondary and senior secondary level so the students therein start learning them very early and, that too, without any special effort. But majority of students are also there who take steps to study foreign languages only after higher secondary with the purpose of pursuing the graduation and post graduation courses as well as Ph.D in them. The diploma and certificate courses are also offered by various institutes in less time period and at lesser costs.

HOW MUCH DOES ONE NEED TO SPEND?

However, foreign languages such as Korean, Japanese and Chinese are reckoned as fairly tough and their institutes are also fewer, so they are available at very high costs whereas Arabic and Persian are commonly available at all Universities in the country and so these courses are offered at relatively lower costs. Roughly such courses cost anywhere between Rs. 2-3 lakh per annum.

In the wake of the high course fees for the study of foreign languages, there are various provisions of scholarships and funding by the Universities and the government. In this regard, Max Mueller Bhavan in India has a very attractive scheme which offers two scholarships to the two best students of advanced level learning of foreign languages. Similarly, Jawaharlal Nehru University has a marvellous exchange programme under which students are offered options to study in foreign universities during their regular study at JNU and  vice versa.

Moreover, University of Delhi too has provision of scholarship the criteria of which are sheer merit and quality of the university results. However, the foreign governments like those of Korea and Japan have their own programmes under which they provide scholarship to the students who opt for the study of their respective languages.

The learning of a foreign language opens doors to an array of job opportunities in the present dynamic global scenario of the world. It is not only a matter of having an ace up your sleeve and pride for the learners to possess the knowledge of a foreign language but it also equips an aspirant to better face the market of today's cut-throat-competition.

Academic degrees and proficiency of a foreign language prove to be an entry ticket to the ocean of job opportunities in the segments of tourism, education, diplomatic services, interpretation, translation, international trade and relations, entertainment, public relations, mass media and journalism, publishing, communication, embassies & consulates.

Multinational companies having their well-planned network across the nations in the world also recruit foreign language experts in various positions. Moreover, the internet revolution has also considerably helped increase the demand of foreign language professionals in the positions of online content writer, technical translator and interpreter. Various organizations, including the important agencies of the United Nations Organization (UNO), which require foreign language experts in large number, are Food Agriculture Organization, Ministry of External Affairs, and Reserve Bank of India.

However, some of the specialized  fields of jobs for the professionals of foreign languages are in the areas of -linguistics, interpretation, translation and teaching.

In the modern open, global and politically-sensitive atmosphere of the world almost all the countries have embassies, business consulates in the countries across the world. These political organizations take care of the interest of their parent countries and so get valuable help in managing and boosting international trade as well as relations. The governments of the countries require foreign language speakers who are required to live abroad for the following assignments -

*Listening to foreign citizens, government and various other dignitaries,

*Performing sundry jobs at the passport and visa issuing offices.

*Frisking and investigating passengers at the national and international airports, ports and places of historical importance.

Many of the UNO's agencies like those of World Health Organization (WHO), United Nations Educational, Scientific and Cultural Organization (UNESCO), United Nations Children's Emergency Fund (UNICEF) and other international organizations like the Red Cross           Society, Amnesty International and various others require foreign language experts to perform various assignments which are sine qua non of good management and sound administration. Besides English, other languages which are in more demand in these international bodies are French, Spanish, German and Arabic.

In the present world scenario, tourism has grown to be a very big business and nations with heavy crowds of tourists do always need foreign language experts who are capable of catering to the lingual needs of the foreign guests. Besides, hotels, restaurants, shopping malls, multiplex cinema halls and amusement parks need experts of various foreign languages to deal with foreign visitors. The entrepreneurs establish companies abroad and for this purpose they recruit foreign language experts to meet the lingual needs of the local cities and towns or host country.

Recently the modus operandi of communication and gaining of knowledge has undergone drastic changes across the world. We need linguists to translate the magnum opus of the renowned writers in a host of languages both for commerce and welfare purposes. The translated versions of books of the authors help them increase the sales very surprisingly and thus the profit goes up.

In context with the maintenance of foreign and diplomatic relationship the government officials and heads of nations make visits to various countries and for better communication they require interpreters in foreign languages. This profession of interpretation is lucrative. The interpreters visit various nations with the celebrities, and policy makers of the governments. So, this segment is also a highly prospective employment provider to the professionals of foreign languages.

No doubt, foreign language provides much-needed platform to its aspirants for personal advancement as well career growth but it is not as much easier than what is perceived and said. Consistent learners with undying curiosity to get oneself updated with the latest development made in the languages of the various countries can achieve       historic successes and for whom only sky is the limit. 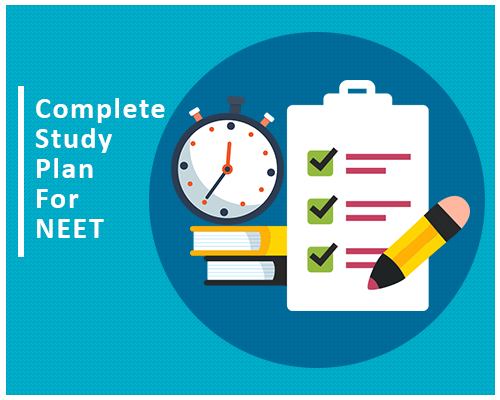 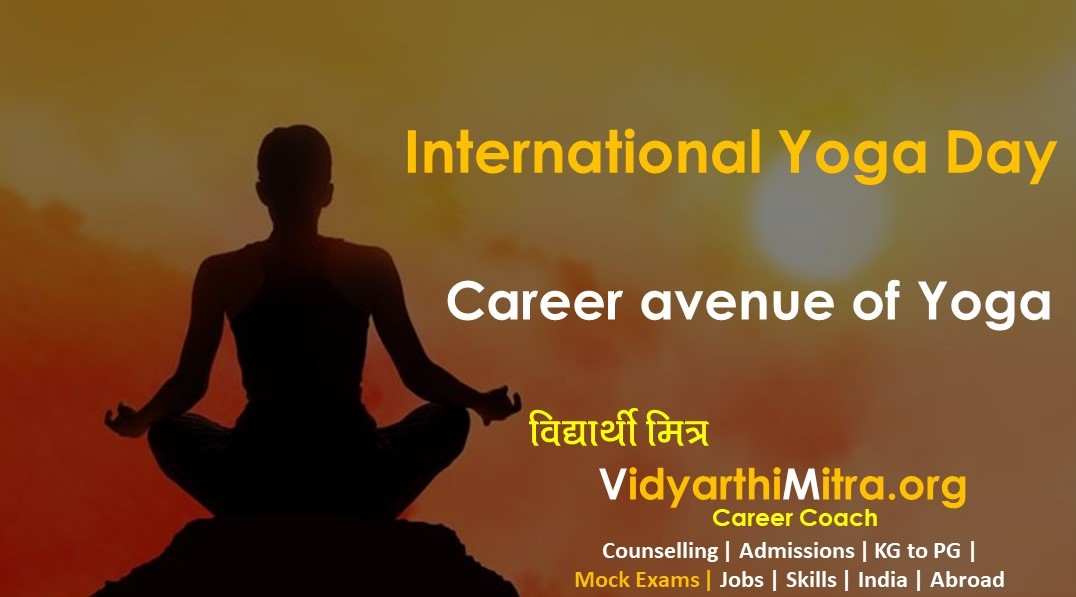 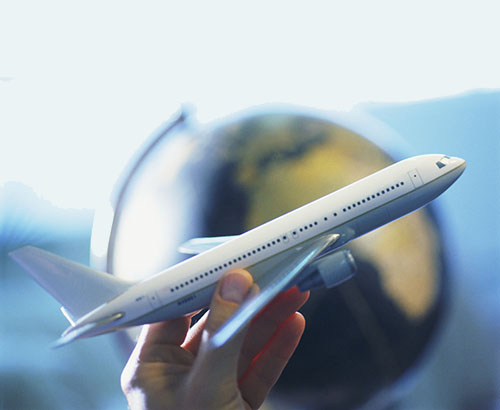 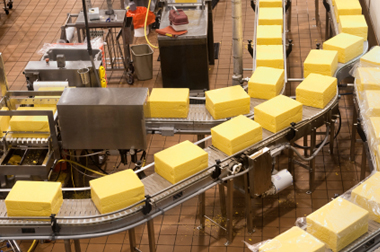